The best dog puppuccino recipes aren't just a frothy concoction of dairy cream and sugar, because that's not healthy for them.

So, instead of running out to get Fido a Starbucks puppuccino, why not try one of these super easy dog puppuccinos instead?

Because dogs often don't do well with dairy I used a variety of non-dairy milks here, but if you want to use dairy milk it's easy enough to substitute!

I also used my Nespresso milk frother (I'm a fan of frothy coffees haha) to froth (it also warms) the milk for these puppuccino treats, but a battery powered hand-held frother works great too. It is possible to froth milk using just a regular hand whisk, but it takes a fair amount of patience, and elbow-grease to get the job done.

Each of these recipes makes enough puppuccino for a medium sized dog, or even two small ones, for bigger dogs you might want to increase the measurements. 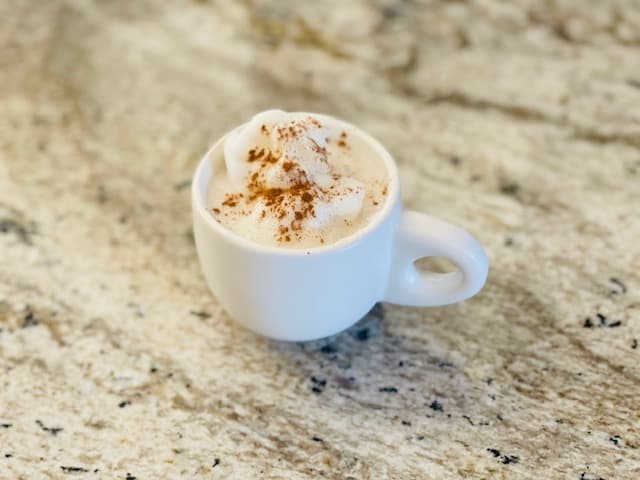 If you use a milk frother like mine, or a hand held one, they will also heats the milk, so remember to double check that isn't still ot before you offer that yummy puppuccino to your dog!

Because of the small amount of milk needed, and the fact that most of it turns into froth, I didn't find it to be a problem. The milk was cool before I'd even finished combining the ingredients. But always better safe than sorry.

This dog puppuccino uses oat milk (which froths like a dream) and canned pumpkin (not the pie filling variety), and a dash of cinnamon.

Pumpkin puree contains vitamins and minerals, as well as fiber, and the cinnamon is anti-inflammatory and great at helping to control blood sugar.

So, not just yummy for your dog, healthy too! 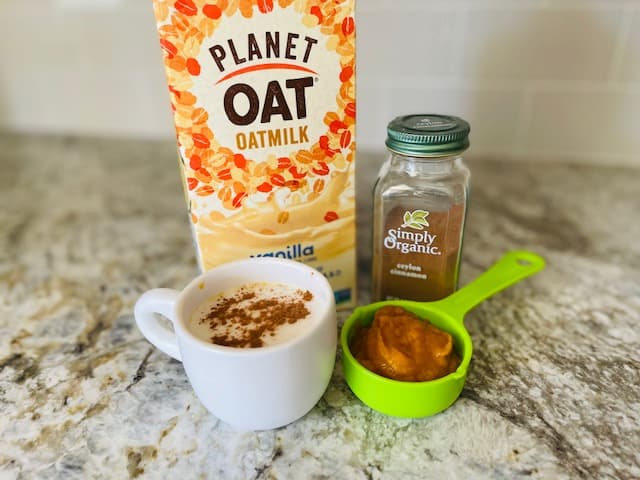 The egg white in this recipe give the foam some stiffness and make it look extra pretty.

Egg whites are rich in protein, vitamins and amino acids, and cinnamon has anti-inflammatory properties and can help maintain healthy blood sugar levels.

This recipe lets you whip up (literally) a delicious, and nutritious, puppuccino in just a few minutes. 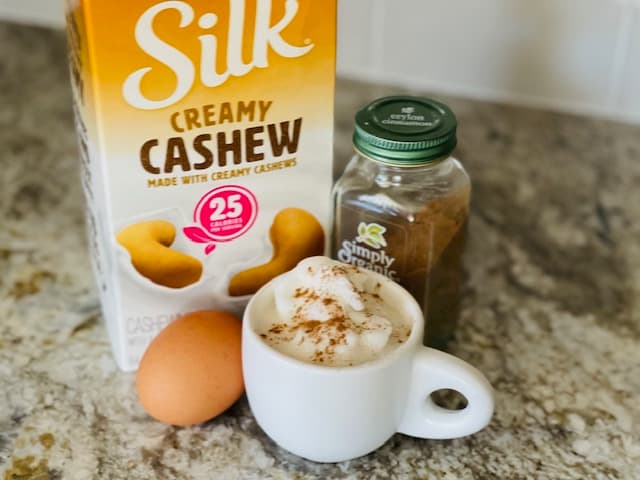 * Cashew milk is creamy, but it does NOT froth! The addition of the egg white to this recipe means that you can use it and still produce a nice, foamy dog safe puppuccino.

Obviously you can use a milk that froths better if you'd rather, but I chose the cashew milk here because it's a nice, low calorie option and I wanted the nutritional benefits it provides as a good source of unsaturated fatty acids as well as vitamins and minerals.

* Getting egg whites nice and foamy is best done with an electric mixer of some kind. I just used my stand mixer and tilted the bowl to allow the beaters to reach the small amount of egg white in the large bowl!

This is probably not the best thing for the mixer, so a hand mixer will work just as well.

You can also make eggs foam without a mixer by hand-beating them using a wire whisk, but it takes a lot of time and effort. If you're doing it by hand, let your eggs come to room temperature first as it'll make it just a little easier.

This dog safe puppuccino recipe is the easiest of all, and features the richness of soy milk, the sweetness of honey and a little 'zing' of ginger. Yum!

Soy milk is a good source of protein, it's higher in calories than soy or oat milks, so if that's a concern you can use any milk you'd like to instead.

In addition to being delicious, honey is also a powerful antioxidant, plus it contains vitamins and other important nutrients.

Raw honey shouldn't be given to puppies under a year old, or to dogs who have compromised immune systems, because it may contain spores which could make them sick.

Ginger is amazing, and has so many benefits including strengthening the immune system, soothing the digestive system and helping to maintain a healthy blood pressure, 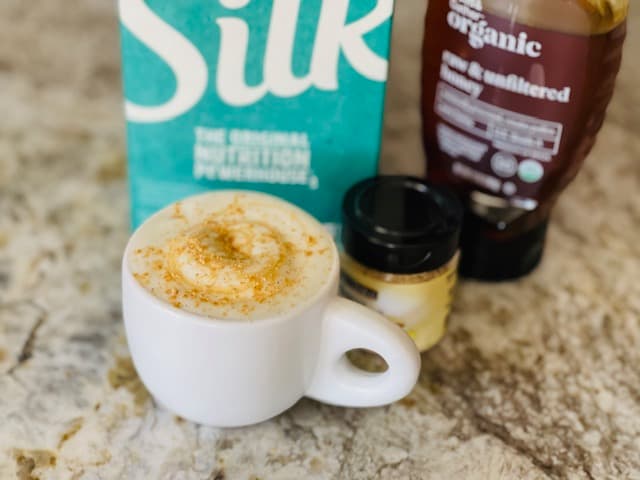 Plus a little extra honey to drizzle on top

This one was delicious... yes, it smelled so good I had to have a taste. 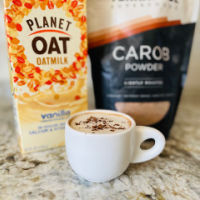 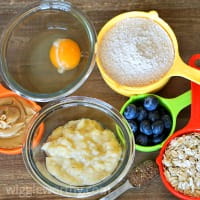 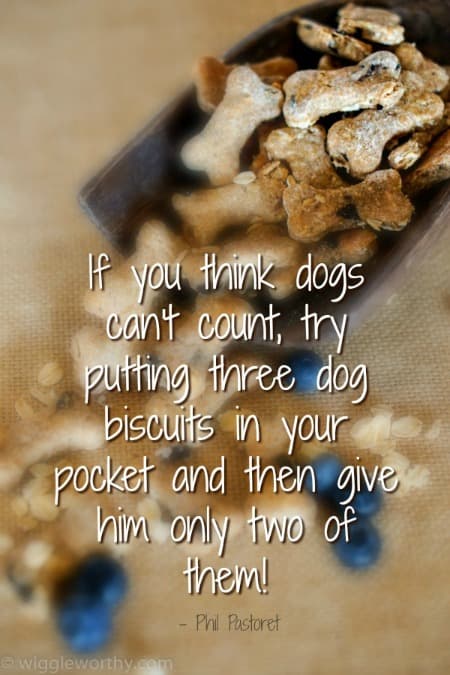